THE HISTORY OF ROTHAMSTED RESEARCH

Rothamsted Research is the longest-running agricultural research institution in the world. Its foundation dates from 1843 when John Bennet Lawes, the owner of the Rothamsted Estate, appointed Joseph Henry Gilbert, a chemist, as his scientific collaborator and planted the first of what were to become the classical Rothamsted long term experiments, on Broadbalk field. The scientific partnership between Lawes and Gilbert lasted 57 years, and together they laid the foundations of modern scientific agriculture and established the principles of crop nutrition.

In 1889, Lawes placed in Trust his laboratory and experimental fields at the Rothamsted Estate, together with the sum of £100,000, thus creating the Lawes Agricultural Trust (LAT). His primary purpose was to ensure the continuation of the agricultural investigations which had for so many years been carried out in what had become known as the Rothamsted Experimental Station (RES). During the 20th century, government progressively increased its support for agricultural food production in response to pressures created by the two World Wars and a burgeoning urban population. Over time, LAT and RES developed a close relationship with the then Agricultural Research Council (ARC, later to become the Agricultural Food Research Council, AFRC), and the Ministry of Agriculture, Fisheries and Food (MAFF), both of whom also occupied properties on the Rothamsted Estate. As a result of the consolidation of AFRC institutes in 1986, Rothamsted, the Long Ashton Research Station, Broom's Barn Experimental Station, and the Unit of Insect Neurophysiology and Pharmacology at Cambridge formed the Institute of Arable Crops Research (IACR). In 1989, RES was established as a separate legal entity, operating under the sponsorship of AFRC as a public-sector research establishment. This was followed by the Biotechnology and Biological Sciences Research Council (BBSRC) in 1994, merging the former AFRC and with the biological science activities of the former Science and Engineering Research Council (SERC). In early 2003, IACR ceased to exist as an entity and the newly restructured Institute changed its name to Rothamsted Research Ltd (RRes), including the integration of research and more than 50 scientific staff from the Long Ashton Research Station, which was closed. North Wyke Research, formerly part of the Institute of Grassland and Environmental Research (IGER), was merged with RRes in 2009, adding substantial capacity in grazing-livestock systems and environmental research.

HISTORY OF THE LAWES TRUST

Sir John Bennet Lawes, with Sir Joseph Henry Gilbert, established Rothamsted Experimental Station in 1843. In 1889, Lawes established and endowed The Lawes Agricultural Trust with £100,000, which ran the centre from 1889 to 1990. His primary purpose was to ensure the continuation of the agricultural investigations which had for so many years been carried out. During the 20th century, government progressively increased its support for agricultural food production in response to pressures created by the two World Wars and a burgeoning urban population.

In 1990, the business and undertaking of the Rothamsted Experimental Station was transferred from the Lawes Agricultural Trust to a separate charitable company of the same name. In 1991, the employees of the Station became employees of the Agriculture and Food Research Council, now the BBSRC. In December 2002 the Station changed its name to Rothamsted Research Limited.

A VISUAL HISTORY OF ROTHAMSTED

Click here to view a brief illustrated history of Rothamsted.

John Bennet Lawes was an archetypal Victorian: scientist, entrepreneur and benefactor. He became interested in science after leaving Brasenose College, Oxford and, on assuming responsibility for the management of the Rothamsted Estate, started a number of small-scale experiments in pots between 1837 and 1839 and in the field between 1840 and 1841. He tested various ammonium salts on cabbages and showed that ammonium phosphate gave the greatest yields, thus highlighting the importance of phosphorus in plant nutrition. He also found that bones, treated with sulphuric acid produced a more soluble phosphorus fertiliser later named - superphosphate, which greatly increased the yields of turnips grown on the soils at Rothamsted. This invention patented in 1842 enabled him to construct the world’s first commercial fertiliser factory. 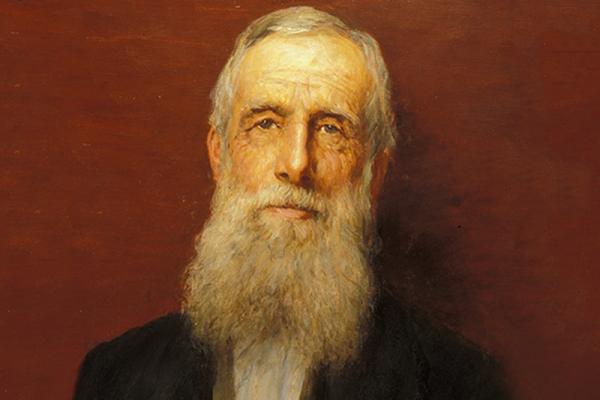