Slowly but surely, crop scientists are finding ways of protecting wheat from deceptive diseases that can adapt and destroy

Wheat pathogens are the Lilliputians of crop science, so pervasive and genetically adaptable that they can easily overwhelm the natural defences offered by wheat’s huge and complex genome. And they are not very nice either. 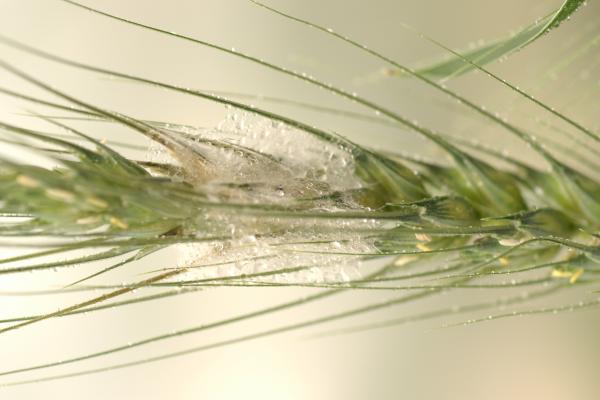 Diseases waste at least 15% of crop yields, more often 25%, and up to 40% every fourth year if they can establish themselves.

Fungicides are a costly response to pathogens

Some fungal pathogens, such as Fusarium, produce toxins so threatening to human and animal health that just four heavily infected ears of wheat can condemn a crop field the size of a football pitch.

The biggest offenders are the fungal pathogens. They cause bleaching, blotches, moulds, diminutive plants and rotting tissue, which disrupt photosynthesis or water intake and, ultimately, development of the grain. Farmers have traditionally responded with more fungicide. But that’s a costly response, for them, for the environment and for crop science. 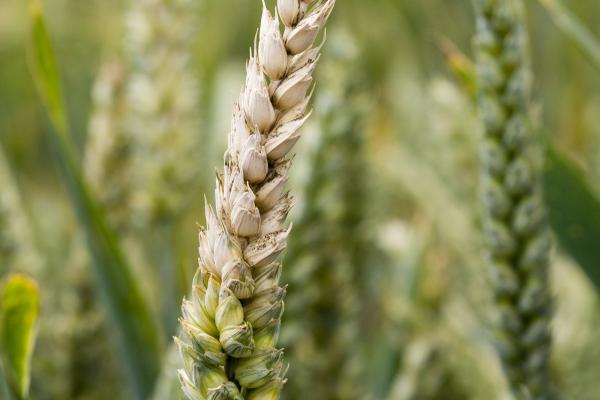 The headache for crop scientists is the complexity of working on wheat’s “dinosaur” genome, with much extraneous data accumulated from millions of years of natural evolution, followed by around 10,000 years of selective breeding.

As scientists hunt for genetic fixes to enable the crop to look after itself better, they are not helped by the pathogens’ habit of moving the goalposts, constantly evolving their resistance mechanisms and fine-tuning their methods of attack and subterfuge.

Alternative approaches include the search for natural microbes as allies to support wheat’s defences or the creation of chemical coatings for seeds that will do a similar job. Crop rotation also remains a fall-back panacea, especially for root infections. Progress is being made but it’s a long job. 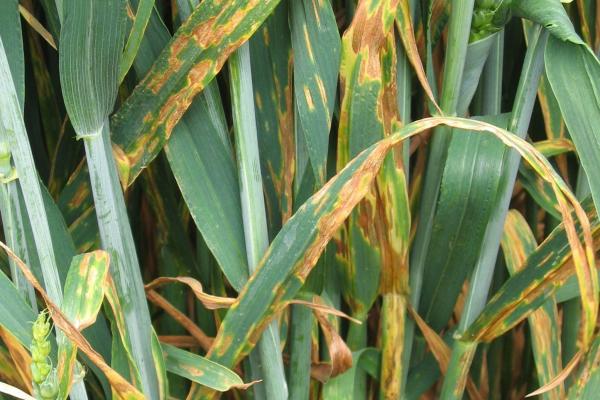 Buying and spraying fungicides is an expensive business; it can also be a waste of time.

After more than 10 years, researchers have found a solution to powdery mildew disease by chemically manipulating the genome of a threatened plant and then, using a molecular searching process known as Target Induced Local Lesions In Genome (TILLING) rather than genetic modification (GM), enhancing the plant’s defence response without affecting growth.

And it took nearly as long to screen more than 850 wheat lines to find four that remain resistant to the ever-changing yellow rust population.

Researchers are also having an impact on three longer-established fungal diseases: Fusarium, Septoria and Take-all root fungus. Among the most promising work is their investigation of the chemical dialogues between raiders and hosts that precede damaging incursions; the aim is to disrupt the pathogens’ infection processes before plants are overwhelmed.

At Rothamsted Research, this science is done within one of the institute’s five-year strategic programmes to 2022, Designing Future Wheat. The institute also supports the Wheat Genetic Improvement Network; one of WGIN’s aims is to keep at least one step ahead of the pathogens that affect wheat.

Through both, commercial plant breeders have access to diverse and previously unexploited germplasm and to knowledge of how wheat plants visibly develop desirable new genetic traits. These new sustainability traits will be used to further improve the performance of wheat crops in difficult seasons and thereby increase their value for all. 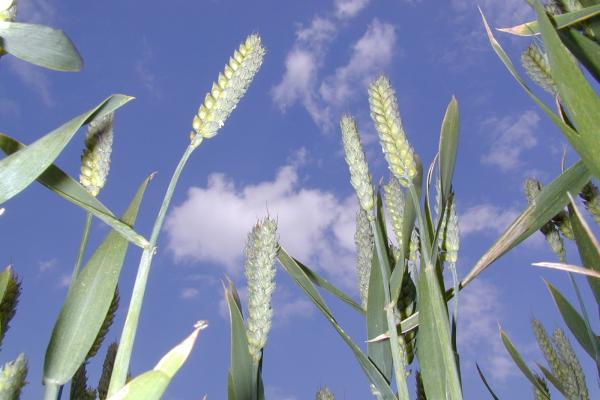