Acrylamide forms during bread baking and its presence is further increased when bread is toasted, and the darker the toast, the more of this carcinogenic compound it contains.

Now a team led by Rothamsted Research with colleagues from the University of Bristol have used the new technique of genome editing to develop a type of wheat that is less likely to produce acrylamide when baked.

According to project leader, Professor Nigel Halford, the researchers are preparing an application to the UK Government to run a field trial of this new wheat, starting in the autumn - the first such trial of genome edited wheat to be carried out anywhere in Europe.

“Acrylamide has been a very serious problem for food manufactures since being discovered in food in 2002. It causes cancer in rodents and is considered ‘probably carcinogenic’ for humans. It doesn’t just occur in toast and other wheat products, but many other foods that are fried, baked, roasted or toasted, including crisps and other snacks, chips, roast potatoes and coffee.”

The amount of acrylamide in bread is relatively low, but it increases many-times over when the bread is toasted. What is more, the compounds that impart colour, flavour and aroma form by similar chemical pathways, so the darker and tastier the toast, the more acrylamide it is likely to contain. The same applies to other foods that are affected.

Sarah Raffan, who has just completed a PhD project to make and analyse the low asparagine wheat and who will be the lead researcher on the field trial said: “We’ve used genome editing to reduce the amount of the amino acid, asparagine, in the grain. It’s the asparagine that is converted to acrylamide during baking and toasting, so a low asparagine wheat should lead to lower levels of acrylamide, which is good news for anyone who likes their toast well done.”

Acrylamide is classed as a probable carcinogen by the International Agency for Research on Cancer, and in 2006, a UN FAO/WHO Joint Expert Committee on Food Additives report stated that the potential cancer-causing effects of acrylamide in the diet were a concern. A similar conclusion was arrived at by the EU’s CONTAM Committee in 2015.

This led to the adoption of a European Commission Regulation which states that ‘acrylamide in food potentially increases the risk of developing cancer for consumers in all age groups’. 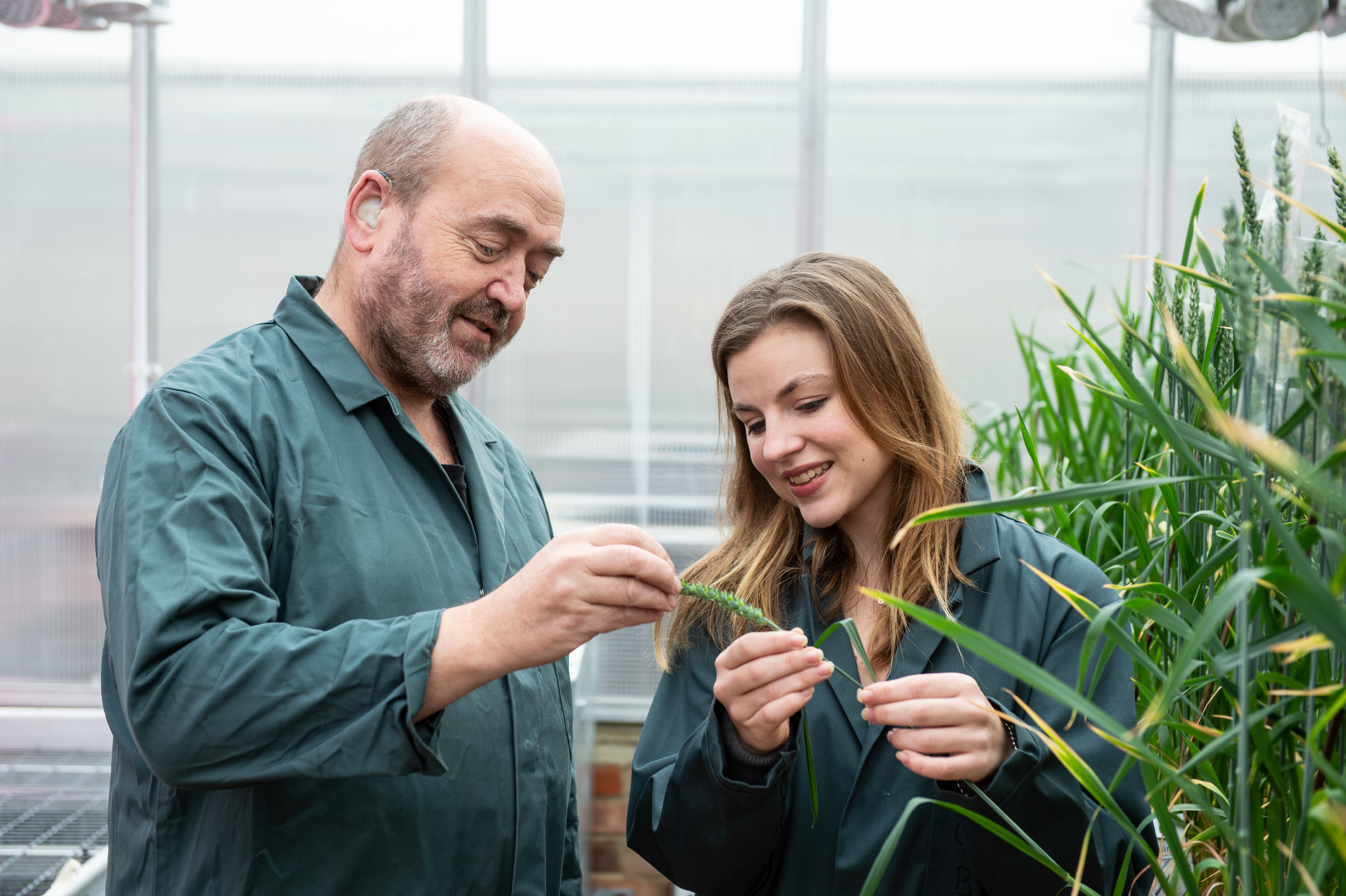 The CRISPR/Cas9 genome editing technique leads to small changes in the DNA, such as the deletion or insertion of short sections of DNA, or changes to the DNA sequence, in this instance halting the function of a gene involved in the production of asparagine.

It differs from the GM approach in that it doesn’t involve the introduction of novel, foreign or additional genes. The sorts of changes to the wheat DNA are similar to those that occur naturally: the power of CRISPR/Cas9 is that the changes can be directed to a specific target gene.

Despite the differences between genome editing with CRISPR/Cas9 and GM, genome edited plants are currently treated in the same way as GM under EU regulations, essentially blocking the use of a technology that is gaining official approval in many other parts of the world.

The hope is that the current UK Government consultation on this issue will lead to new legislation in the UK, allowing genome edited food products, carefully regulated, to be available to consumers.

In this study, the researchers ‘knocked out’ the asparagine synthetase gene, TaASN2, in wheat. Asparagine concentrations in the grain were substantially reduced in the genome edited plants compared to un-edited plants, with one line showing a more than 90 % reduction.

The news will be welcomed by the food industry, where acrylamide is classed as a processing contaminant which requires close monitoring under EU law. The chemical forms from a reaction between asparagine and some sugars that are naturally present in wheat grain, as well as other plant grains, tubers, beans and storage roots.

Acrylamide only forms at high temperatures, and is associated with fried, baked, roasted and toasted foods. Alongside cereal-based products, these also include chips, crisps, roast potatoes and coffee.

Professor Halford said: “A number of methods for reducing acrylamide in food products by changing processing methods have been developed. Some have been successful, but they are not applicable to all food types, are often expensive to implement and may have detrimental effects on product quality.

“The food industry would therefore benefit from the availability of raw materials with lower acrylamide-forming potential, and the determining factor for acrylamide formation in products made from wheat and rye grains, and probably those of other cereals, is the concentration of soluble (non-protein) asparagine.”

Professor Halford emphasized that the wheat is still experimental: “It is essential that we test the wheat in field trials to see how it performs, not only in terms of asparagine concentration but also yield, protein content and other quality and agronomic traits. If it comes through the field trial well it could be made available to wheat breeders. Even so, it would be another 5-10 years before very low asparagine wheat could appear on the market, and that would only be if the regulatory framework were conducive.”

As for now, he has the following advice for consumers worried about the issue of acrylamide on their plate:

“The colours associated with fried, baked, roasted and toasted foods form by similar chemical pathways to acrylamide, so colour is a very good indicator of how much acrylamide is forming. So, toast your bread or roast your potatoes to a light brown rather than dark brown colour.”

Wheat with greatly reduced accumulation of free asparagine in the grain, produced by CRISPR/Cas9 editing of asparagine synthetase gene TaASN2