Surprising results from a unique bat study in the US reveal shifting behavioural patterns due to environmental change that could have far-reaching implications for agriculture globally.

Historical radar data from weather monitoring archives have provided unprecedented access to the behaviours of the world’s largest colony of migratory bats and revealed changes in the animals’ seasonal habits with implications for pest management and agricultural production.

The work, which focuses on the Bracken Cave colony in southern Texas, is the first long-term study of animal migration using radar, say Phillip Stepanian and Charlotte Wainwright, meteorologists from Rothamsted Research. The pair’s findings are published today in Global Change Biology.

“These bats spend every night hard at work for local farmers, consuming over half of their own weight in insects, many of which are harmful agricultural pests, such as the noctuid moths, corn earworm and fall armyworm,” says Wainwright.

“Our initial goal was just to show that the populations could be monitored remotely without disturbing the colony. We weren’t expecting to see anything particularly noteworthy. The results were surprising,” says Stepanian.

Bats take flight at dusk from Bracken Cave to forage on agricultural pests whose habits seem to be changing with the climate Credit: Phillip Stepanian

Millions of bats regularly migrate north from Mexico to Bracken Cave, which is managed by Bat Conservation International in the suburbs of San Antonio. Using the radar data, the pair measured the population exiting the cave every night for 22 years, from 1995 to 2017, enabling them to record seasonal and longer-term changes.

“We found that the bats are migrating to Texas roughly two weeks earlier than they were 22 years ago. They now arrive, on average, in mid March rather than late March,” says Wainwright.

While most bats tend to have left by the end of November, the pair discovered that about 3.5% of the summer population are now staying for the winter, compared with less than 1% 22 years ago and, from written cave surveys, no overwintering bats at all in the mid 1950s.

“We can’t tell if the overwintering bats are bats that arrived in March and have not returned south, or if they migrated to Bracken Cave from farther north,” says Stepanian. “However, the behavioural patterns indicate a response to some environmental change, and to the presence of insect prey earlier in the year.” 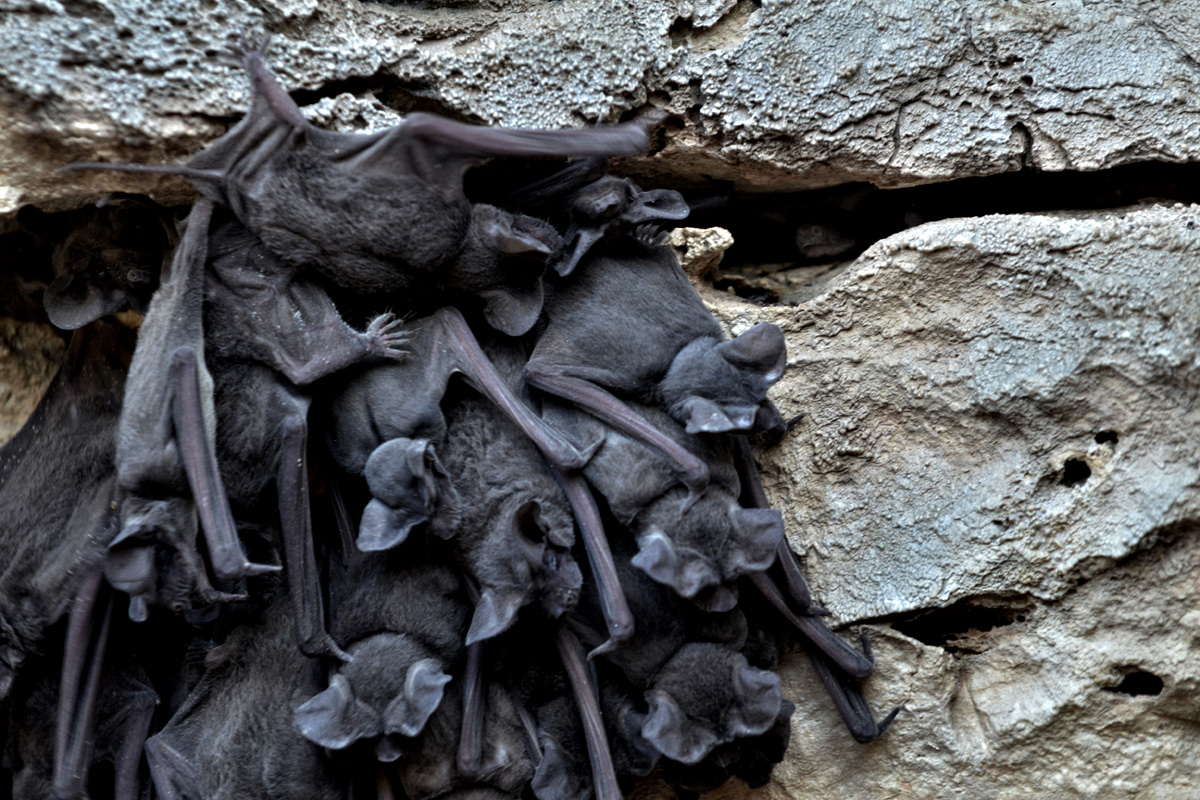 This bat study “presents a new perspective on adaptation to global change, answering some longstanding questions while raising many more,” conclude the pair. They also note that “weather radar networks are key infrastructure around much of the world...and hold the promise of providing continental surveillance of bat populations, as well as their ongoing responses to global change.”

About Bat Conservation International
BCI is a non-profit organisation with members in 60 countries and a growing range of international partners. Founded in 1982, BCI uses science, education and conservation action to protect bats and their habitats around the world. Learn more about bats and their critical role in maintaining healthy ecosystems and human economies at BCI’s website here