Rapid studies of a pest infestation of salad onions and leeks have confirmed that one of the few treatments available to UK growers to protect their crops no longer works effectively.

Onion growers have seen their worst fears realised with confirmation of news that a new population of thrips, one of the industry’s most destructive insect pests and a virus carrier, has survived dosing with spinosad, the main active ingredient of a popular pesticide that was still thought to be effective.

Tests on a sample of the suspect pest delivered to Rothamsted Research late last year were screened by entomologist Steve Foster on behalf of the Agricultural and Horticultural Development Board, which has now confirmed his results. The sample came from crops in southern England.

“We screened this sample collected from the affected crop at various doses in a 72-hour bioassay, and discovered that some of the thrips carried strong resistance to spinosad at the rate applied in the field,” says Foster. Thrips can infest both onions and leeks, which are often grown together. 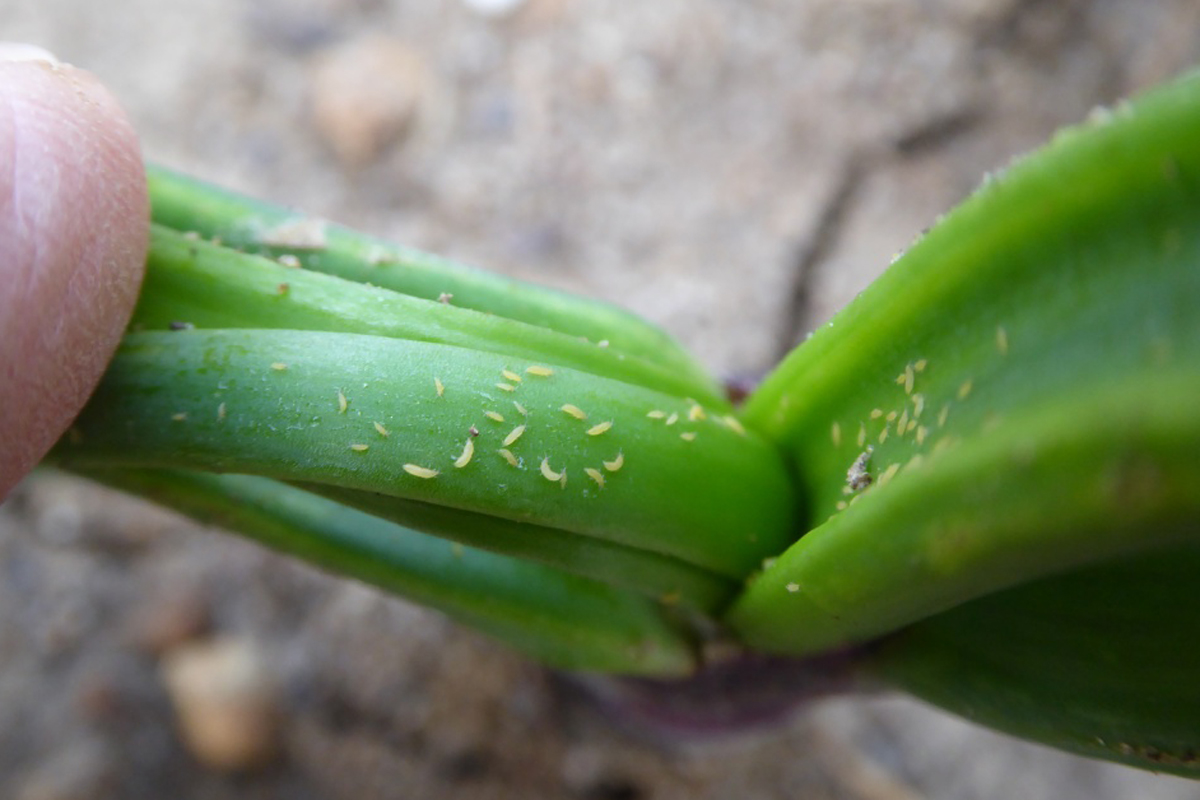 Foster adds: “I also tested the sample with a pyrethroid insecticide, which was ineffective, with the sample displaying resistance seen in the past in the UK.” He experienced similar problems last year with diamond-back moths on swedes.

While spinosad-resistant populations may not be widespread in the UK, AHDB advises that growers should review their integrated pest management strategies to reduce the risk of further resistance developing.

“Steve is providing information that is critical for the development of effective IPM programmes,” says Dawn Teverson, AHDB Knowledge Exchange Manager. “It’s really important that growers know whether a product is going to be effective against the target pest; there seem to be more and more pests showing insecticide resistance.”

Foster’s research at Rothamsted “highlights how important it is to maintain the capability to monitor pests for insecticide resistance in the UK,” says Rosemary Collier, Director of Warwick Crop Centre, part of the University of Warwick.

AHDB is currently reviewing the commissioning of trials to find new controls for thrips on leek and other crops in the wake of the new information on insecticide resistance, using its SPECTREplus crop protection programme, which aims to deliver applied research solutions on high priority disease, pest and weed problems.