Local MP, Bim Afolami, is happy to support a partnership with clear common ground – excellence and innovation in the development of agriculture.

“When people ask me ‘what is the Industrial Strategy?’ I say this sort of partnership between Timac Agro and Rothamsted…developing a fantastic ecosystem of research, development and real-life improvement into people’s lives,” said Afolami.

“This is it. A partnership between a research and development centre and a dynamic, global pioneering company. That is the Industrial Strategy in action,” he added.

“This is putting in place what we need in Britain. Now we need to build awareness of the amazing work that is going to be done through this partnership, and I’m happy to do all I can to help,” said Afolami.

Afolami became Rothamsted’s local MP in February 2017. He has pledged to safeguard the interests of Rothamsted’s R&D capabilities as negotiations over the UK’s withdrawal from the EU intensify. (see news, Bim Afolami “absolutely full throated” in support of Rothamsted)

Timac Agro UK, which specialises in crop, soil, plant and livestock nutrition, moved to the Hertfordshire site at the end of last year to further develop its research and industry links. 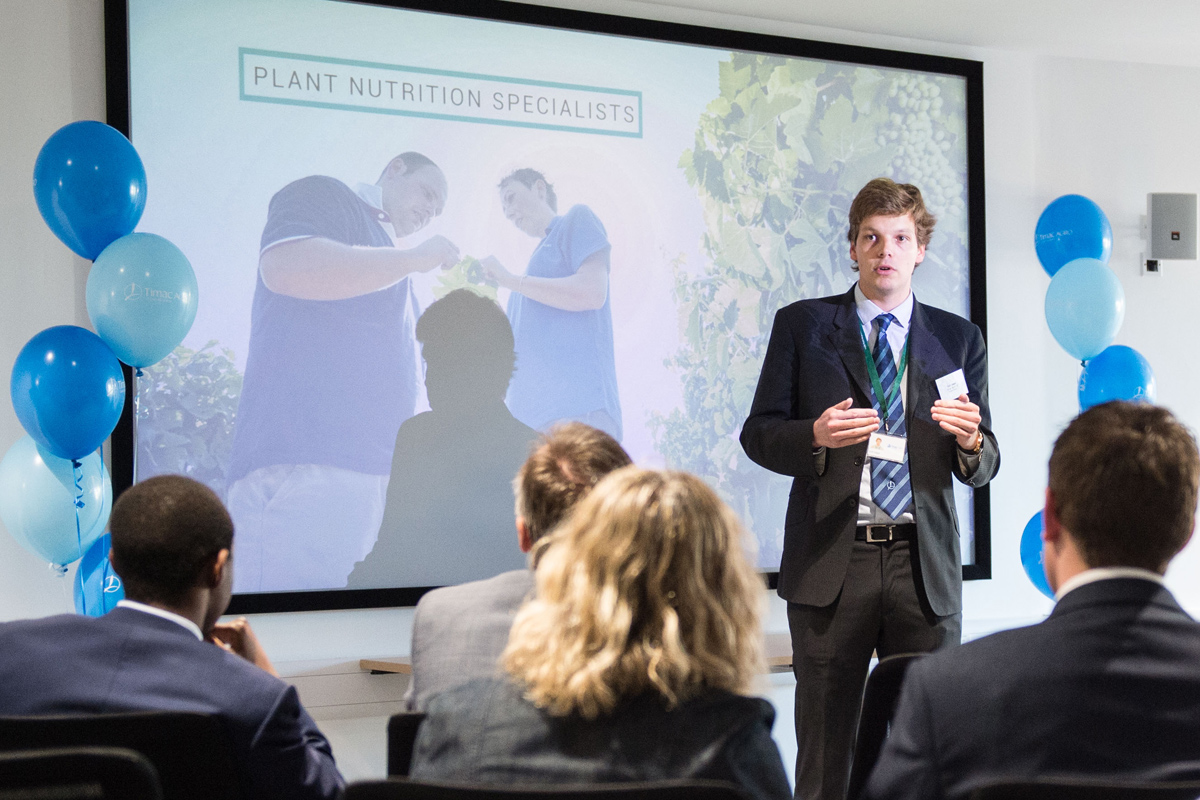 Cyril Cappe - "We are at Rothamsted to serve our development"

The move built on a long-standing link between the company and Rothamsted’s scientists, sparked initially by Malcolm Hawkesford, head of the Department of Plant Sciences and leader of the institute’s strategic involvement in the Designing Future Wheat programme.

Cyril Cappe, general manager at Timac Agro UK, said the company had been attracted by the overlap in core values – excellence, innovation and sustainability in agriculture. “At the end of the day, this is why we are at Rothamsted, to serve our development,” he said.

In order to build solutions for farmers, Cappe said his company needs to take three key steps: to develop its people; to build itself into an industry agro that’s flexible in providing solutions in the field; and to invest in research.

It is this final key ingredient that brings Timac Agro UK, a subsidiary of the Roullier Group, to the Rothamsted campus, Cappe said. 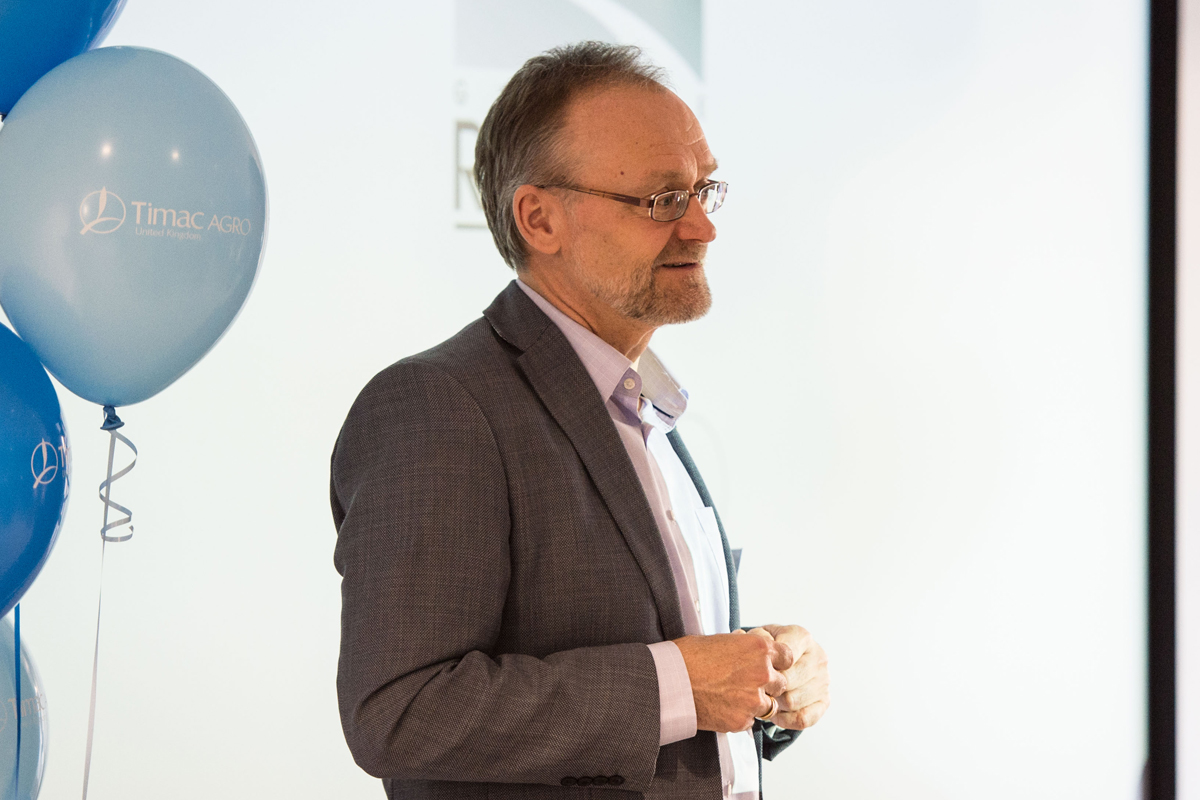 The move was welcomed by Achim Dobermann, Director and Chief Executive of Rothamsted Research. “About 5 years ago, we started developing around the institute, so that not only our own science but that of companies with a similar mind-set and goals to our own could come and join us in finding practical solutions for farmers,” he said at the opening.

“Rothamsted’s entire history is built on soils and crop rotation and now livestock, too,” noted Dobermann. “Timac Agro has decided to set up shop, and it’s a perfect fit for us.”