Rothamsted Research seeks permission from the Department for Environment, Food & Rural Affairs for the release of genetically modified Camelina plants for up to three years.

“Genetic Improvement of Camelina Seeds” is the title of the field trial that Rothamsted Research hopes to begin this year and complete by 2020, following its application this week to Defra for permission for “the release of genetically modified higher plants” on two of its sites, in Hertfordshire and Suffolk.

The institute has previously field trialled Camelina plants that have been engineered to accumulate the omega-3 long chain polyunsaturated fatty acids (LC-PUFAs), EPA and DHA, and also the ketocarotenoid pigment, astaxanthin, in their seeds.

This work, which the institute began more than 15 years ago to exploit health, environmental and economic benefits, and the currently proposed project are part of ongoing strategic programmes of research at Rothamsted.

In its formal description of the proposed project, Rothamsted notes that Camelina, and specifically Camelina sativa, is an oilseed crop of the Brassicaceae family, whose useful properties include being amenable to genetic improvement. The seed oil of this crop has been modified to accumulate EPA and DHA, the health-beneficial fatty acids that are normally found only in omega-3 fish oils.

Similarly, the seeds of this plant have been modified to accumulate either ketocarotenoids or wax esters, both useful compounds of otherwise limited availability: ketocarotenoids are organic pigments; wax esters are stable, lipid alternatives to petrochemically-derived lubricants.

In addition, two traits related to plant architecture, that is stem thickness and photosynthetic capability, will be evaluated in the field. The goal is to improve Camelina as a crop. 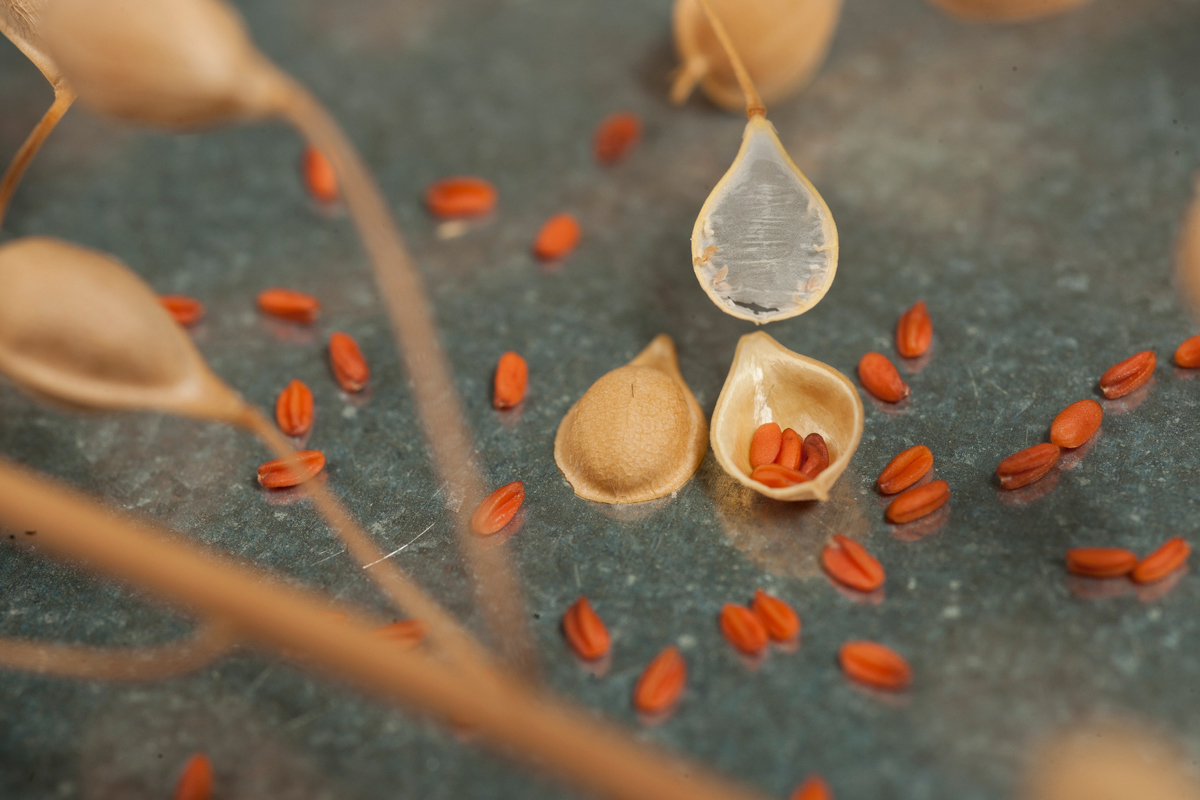 Camelina can be genetically engineered to produce seeds containing beneficial fish oils, sustainably relieving the pressure on natural supplies of the oils in the oceans, as well as organic pigments and alternatives to petrochemically-derived lubricants.

Omega-3 LC-PUFAs have been shown to be beneficial for human health and contribute to protection against coronary heart diseases. The primary dietary sources of these fatty acids are marine fish, either wild stocks or farmed fish (aquaculture).

Fish, like humans, do not produce these oils but accumulate them through their diet in the wild or through fishmeal and fish oil in farmed fish. Around 80% of all fish oil is consumed by the aquaculture sector.

Aquaculture, a rapidly expanding modern industry, is seeking new sources of omega-3 LC-PUFAs to ensure its production practices remain sustainable and to nurture the essential aquatic food web. One potential approach is to engineer a crop plant with the capacity to synthesise the fatty acids.

“The omega-3 LC-PUFAs that are beneficial for health are eicosapentaenoic acid (EPA) and docosahexaenoic acid (DHA),” says Johnathan Napier, Leader of the Omega-3 Camelina Flagship at Rothamsted and visiting professor at the universities of Stirling and Nottingham.

He adds: “We have synthesised the gene sequences involved in the production of omega-3 LC-PUFAs and other useful compounds, such as astaxanthin and wax esters, and optimised them to be functional in Camelina plants.

"These synthetic sequences are based on the sequence of genes found in a range of different organisms, including photosynthetic marine organisms and other lower eukaryote species, such as mosses and oomycetes. By using transgenic Camelina as a chassis to make these useful lipids, we have an alternative source for them.”

GM is just one of many techniques that we use at Rothamsted to address the serious challenges we face to secure an environmentally sustainable supply of food. The GM trial will be less than1% of our experiments in the field this year.

For more information about this trial, go to "GM Camelina Trial: Frequently Asked Questions". For more information on Rothamsted's work on Camelina, go to the impact story, “From oceans to fields and back again”, or go the 2016 report, “Flagship Project: Omega-3 Camelina Development”. 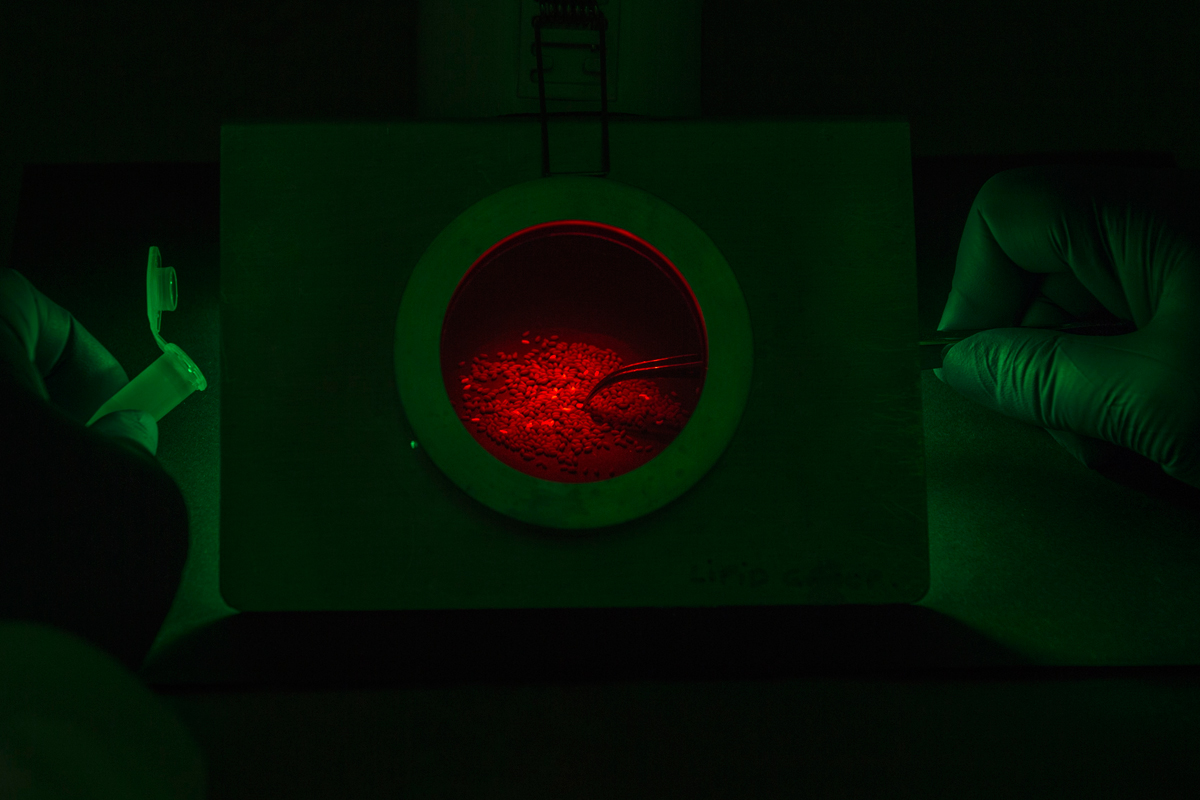 Defra received Rothamsted’s application on Monday, 19 February, from when the department has 90 days to process it (unless the department must stop the clock for any clarification or additional information). The department’s reference for the trial is 18/R08/01.

The statutory 90-day process includes a public consultation (with a representations’ deadline of 8 April) and evaluation of the application by an independent expert group, the Advisory Committee on Releases to the Environment (ACRE). The process might not take as long as 90 days.

The Secretary of State will consider any representations made to him relating to any risks of damage to the environment posed by the release of the genetically modified organisms (GMOs) within a period that he shall specify in accordance with the Genetically Modified Organisms (Deliberate Release) Regulations 2002.

The Secretary of State placed information on this proposed GMO release on a public register within 12 days of his receipt of the application. The public register can be inspected by contacting the Defra GM Team at Nobel House, Smith Square, London SW1P 3JR (e-mail: gm-regulation@defra.gsi.gov.uk, and include the application reference number, 18/R08/01, in the e-mail title). This information has also been placed on the GOV.UK website, and is available here.

If granted permission to conduct the field trial, this controlled experiment would be part of Tailoring Plant Metabolism, one of Rothamsted's five strategic programmes (2017-2022) that receive financial support from the Biotechnology and Biological Sciences Research Council.