The developers of the FarmCrapApp, a free software tool to help farmers make better use of the nutrients in their manure (slurry, farmyard manure and poultry litter), this week launch an updated version, the “Pro edition”, that adds more detail and enhances the performance of the original tool.

The FarmCrapApp Pro draws on the latest RB209 guidelines for applying manures and fertilisers to land, the Nutrient Management Guide, which replaces the seven-year-old Fertiliser Manual. The guide, from the Agricultural and Horticultural Development Board (AHDB) , is also due to be launched this week during Grassland & Muck, a two-day agricultural show at Stoneleigh Park in Warwickshire.

The App has been developed by Duchy College Rural Business School, Rothamsted Research North Wyke, interdisciplinary laboratory FoAM Kernow, and software designer Elixil, all based in Devon and Cornwall. It is available for both Android and Apple devices, and can be downloaded from www.swarmhub.co.uk/fca or from the iTunes or Google play stores. The App works in the field, without the need for any wireless connection to the internet or mobile network.

Like the original software, which won an innovation award in 2014 from the Soil Association, the latest version still contains three components: the calculator, the image library and the record sheets.  The Pro edition can store more information about different treatments and crops, and can estimate the nutrient content of soils based on the type of soil and previous crops grown.

Together, these two factors can help farmers to select the most suitable treatment for a particular crop, and how much to use, for a range of crop, soil, rainfall and seasonal situations. For the moment, the developers have focused on three crops: grass, barley and wheat.

The functionality of the calculator has been extended to represent how users are managing a field, with the option to include different application methods, crops grown, and seasonality.

A new mapping feature allows users to draw on the map to record each field, which can then be plotted accurately from GPS co-ordinates. According to developer FoAM Kernow, this “was very much the most requested feature from the farmers and producers we tested it with.” By integrating farm maps into field records, the App can create whole field nutrient management plans.

“The FarmCrapApp Pro is a great example of translating ‘hard’ science into a practical on-farm application,” says Chris Hodgson, an environmental microbiologist and business adviser at Rothamsted Research North Wyke. “The App’s novelty lies in its intuitive interface, allowing farmers to map fields and prepare whole farm nutrient plans.” Hodgson notes that the development is the culmination of a long standing and continuing collaboration between Rothamsted Research North Wyke and colleagues in the Duchy College Rural Business School.

Stephen Roderick, manager at the Rural Business School says: “This brand new App, the FarmCrapApp Pro, successfully adds even more functionality and flexibility than the original whilst the App remains a very practical and easy-to-use tool that potentially brings real benefit to the farmer. The partnership team have done an excellent job of converting research and development into practical advice and information for the farming community.” 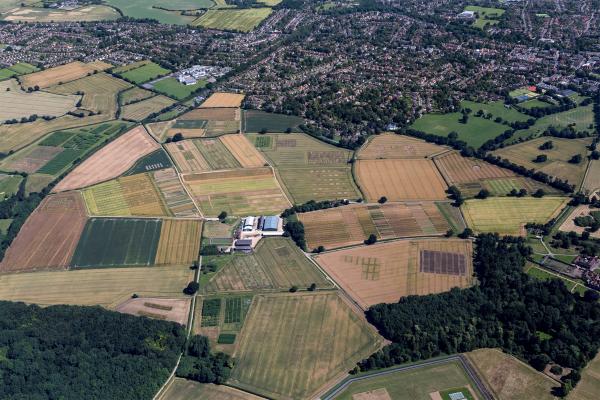