ANOTHER BLOW TO FUNGAL INFECTION

For the first time, researchers have isolated a natural resistance gene to Septoria, Europe’s most economically damaging wheat disease and a fungal threat to wheat crops globally.

What is so encouraging about the first successful unpicking of a wheat gene that confers resistance to a devastating fungal disease is the promise it holds for deciphering other resistance genes, en route to a natural barrier to infection, at a time when the fungus has already developed tolerance to most types of fungicides.

The gene, called Stb6, confers resistance to Septoria tritici blotch (STB, or Septoria), the main leaf disease of wheat in temperate regions and a major threat for wheat production globally, capable of halving crop yields. The disease is caused by the resilient fungal pathogen, Zymoseptoria tritici. 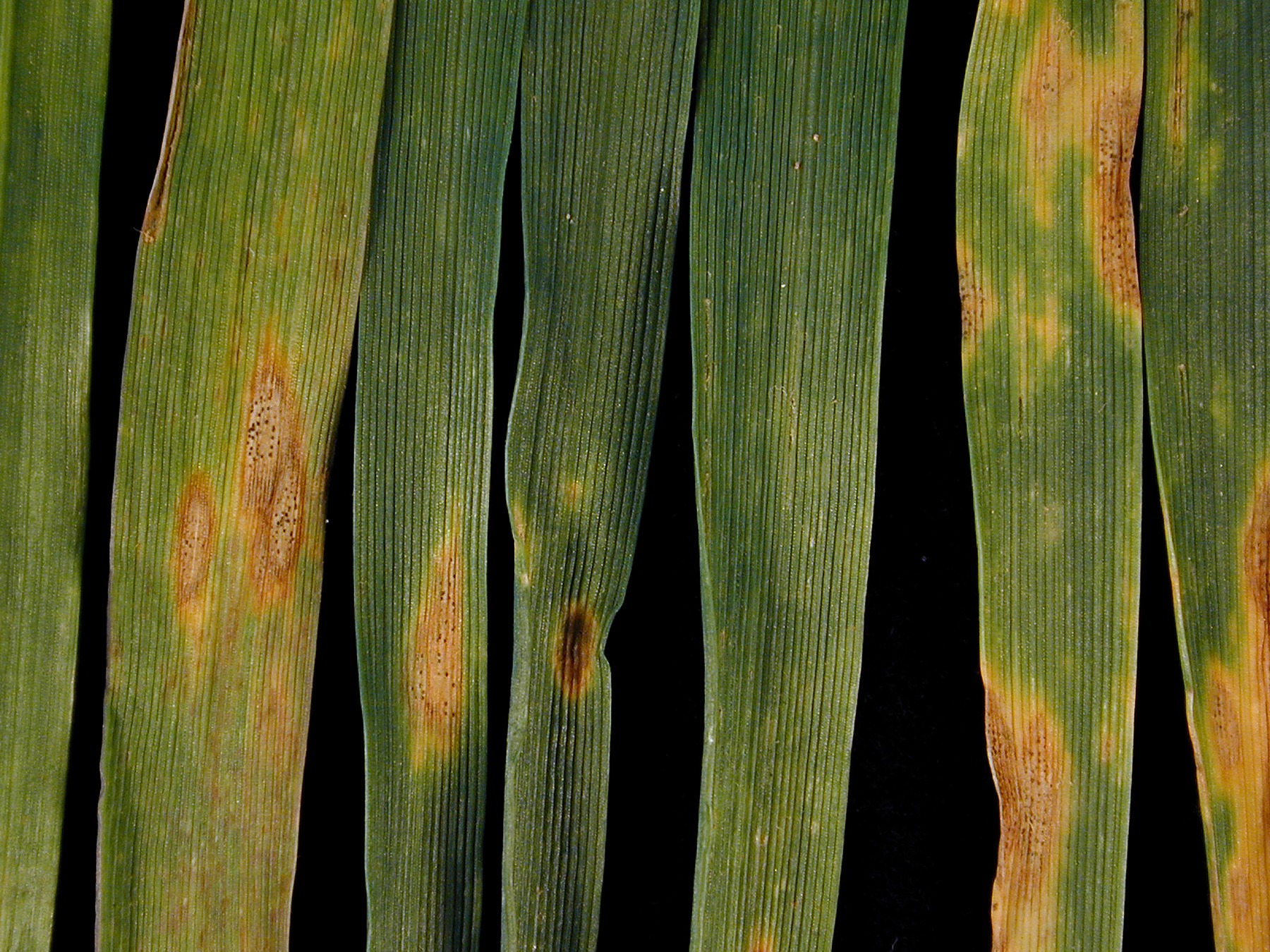 Although the presence of the gene has been known for nearly 20 years, the gene’s mapping and isolation have taken five years to complete. The work, from an Anglo-French team led by Kostya Kanyuka at Rothamsted Research and Cyrille Saintenac at the National Institute for Agricultural Research (INRA), is reported today in Nature Genetics.

“Isolation of Stb6 is a major breakthrough that will allow deeper understanding of disease resistance mechanisms operating in wheat against this important pathogen,” says Kanyuka. “In the long term, it should also help us to develop better disease control strategies.”

Saintenac agrees: “Identification of the Stb6 gene was made possible through the dedicated efforts of international collaborators. It paves the way to new Stb genes’ discoveries and to a better management of this devastating wheat disease.”

Kanyuka notes that the Stb6 gene is effective against only a fraction of fungal strains, specifically those strains that secrete a matching protein, called AvrStb6. The Stb6 protein somehow recognises this fungal protein, which leads to activation of the defence response in wheat.

“Nevertheless, this gene will be useful in combination with other STB resistance genes, and our study provides tools for rapid lab-based tracing of Stb6 in wheat breeding lines,” says Kanyuka. 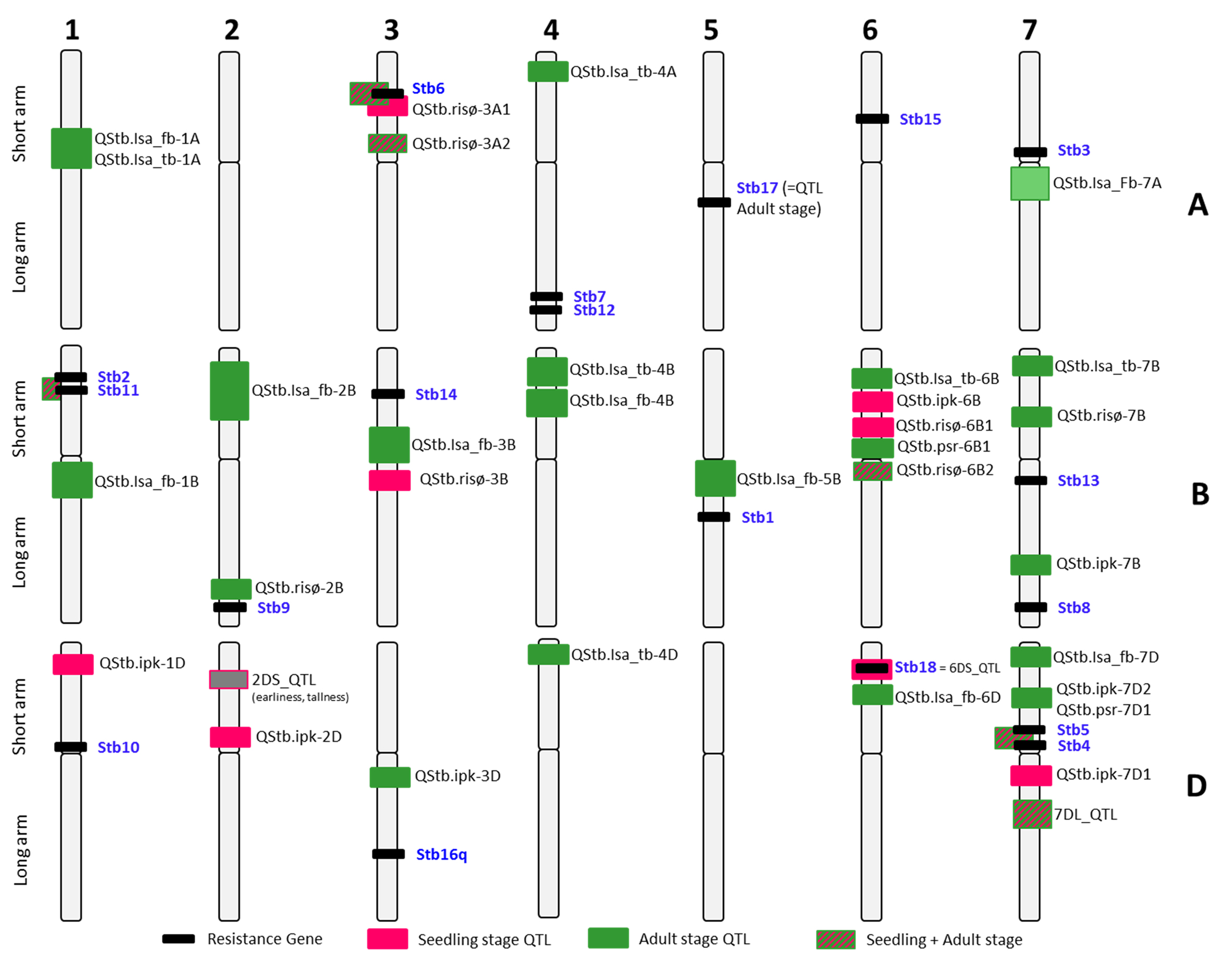 Time to combine forces: schematic map of wheat’s 21 chromosomes shows the main resistance (Stb) genes and the locations, or Quantitative Trait Loci (QTL), of subsidiary resistance genes that are available during the plant’s seedling and adult stages

Kanyuka also highlights the gene’s importance in better understanding of the fundamental science of disease control. Most resistance genes, in wheat and other plants, code for protein receptors located inside cells; the Stb6 gene codes for a receptor protein on the cell’s surface.

“This knowledge will facilitate identification and isolation of additional resistance genes for improved control of Septoria,” adds Kanyuka.

For Cristobal Uauy, a wheat geneticist at the John Innes Centre who was also part of the Anglo-French team, the work “exemplifies the collaboration between Rothamsted and JIC in developing sequenced mutant populations and how sharing these resources with our international partners allowed the team to identify and characterise more quickly this important gene.”

In an associated paper, also being published in Nature Genetics today, an international research team reports how fungal sex has significant implications for disease control in wheat. The team, which includes a group of mathematical modellers from Rothamsted Research, present epidemiological models that show extended durability of host resistance (including Stb6) in wheat and rapid emergence of fungicide resistance in Septoria.

Institut National de la Recherche Agronomique is the largest agricultural research institute in Europe, with 8,417 researchers, engineers, and technicians (02/2018), and is the second largest producer of agricultural science publications. INRA contributes to development of knowledge and innovation in the fields of food, agriculture, and the environment. INRA carries out its work across 13 scientific divisions through a research network that is unique in Europe, with more than 200 research units and 50 experimental units located in 17 research centres throughout France. Its aim is to contribute internationally to the development of healthy, high-quality food, competitive and sustainable agriculture, and a protected and valued environment.

The John Innes Centre is an independent, international centre of excellence in plant science, research, genetics and microbiology. The research we do makes use of a wide range of disciplines in biological and chemical sciences, including microbiology, cell biology, biochemistry, chemistry, genetics, molecular biology, computational and mathematical biology. We receive funding from the UK Biotechnology and Biological Sciences Research Council (BBSRC) for four Institute Strategic Programs (ISPs) that directly address BBSRC strategic objectives in food security, human health and industrial biotechnology: Genes in the Environment; Plant Health (in partnership with The Sainsbury Laboratory); Molecules from Nature; Designing Future Wheat (a cross-institute strategic programme).