Don’t visit politicians only to complain; push at a door that is opening; translation comes after understanding, not before; communicate – the natural philosophy of Paul Nurse

Research investment in the life sciences has focused too much on medicine and biomedicine at the expense of agriculture and biotechnology more generally, acknowledges Sir Paul Nurse, Chief Executive & Director of the Francis Crick Institute, a biomedical research centre in London.

“One has only to take a short trip in this country to see how important agriculture is,” said Nurse, speaking today at Rothamsted Research after he had delivered a livestreamed talk on “Science as Revolution”, introduced by the institute's chief Achim Dobermann in a crowded conference centre.

“They don’t realise how much science is contributing to that, and how much science will contribute in the future,” he noted. “There is a real need to get that message across…What’s required is a champion for agricultural bioscience to get it on the agenda.”

Nurse sees the government’s new Industrial Strategy, announced last month by Greg Clark, Secretary of State for Business, Energy and Industry Strategy, as a boon for science and a route to greater appreciation of agriculture’s role.

Clark has “only just become aware of the issue, because the life sciences have been dominated by biomedicine,” said Nurse. “I think one is now pushing at a door that is opening.” But beware of moving too fast to translation of ideas into products before understanding the science, he said.

Nurse, a Nobel laureate since 2001 for his work on the cell cycle and President of the Royal Society from 2010-2015, used his talk to students, staff and visitors at Rothamsted Conference Centre to argue that “science is truly the most long-lasting revolutionary activity known to humankind”.

He spoke about the need to avoid burdening students with too many facts, when there is little to be gained. “We need to turn biology back to the principles behind biology, and to the excitement of biological discovery… it’s almost biological discovery plus the ability to Google.” 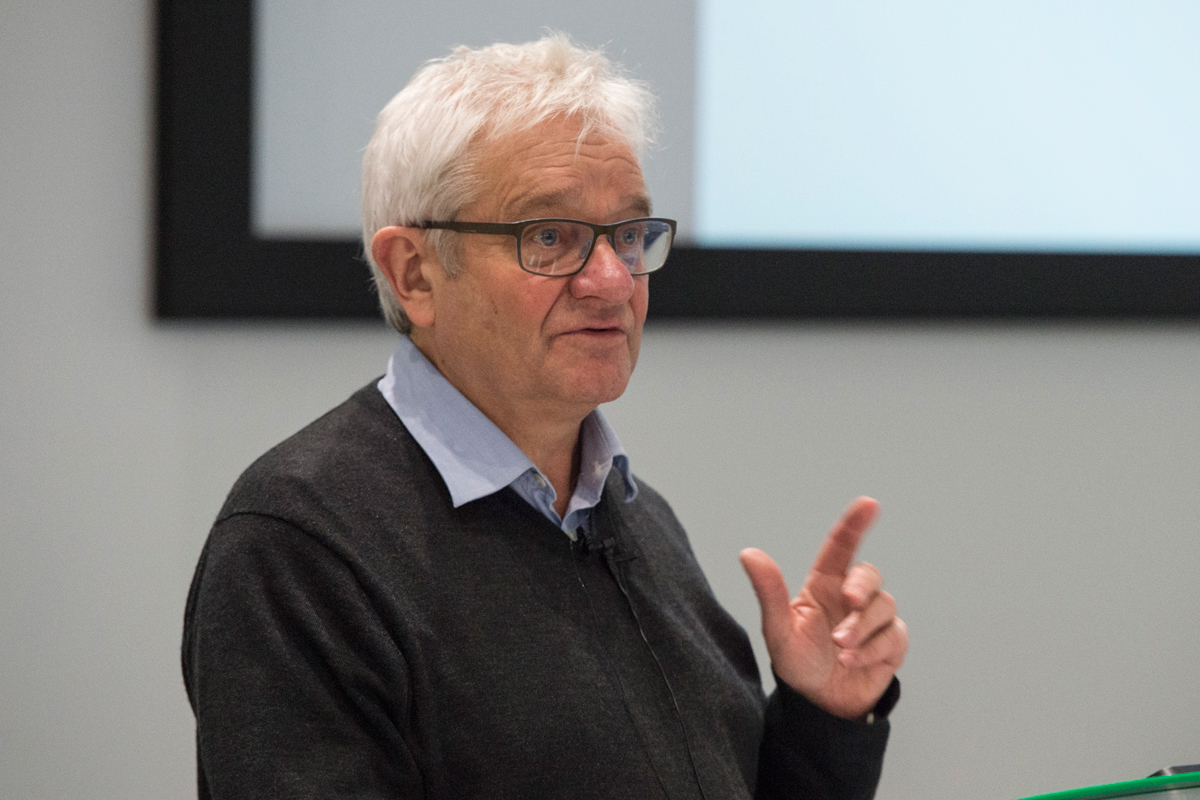 Nurse hinted that he has been pondering the next steps for biology. He first drew a parallel with physics, describing how, if you leaf through a book on relativity, it’s just about possible to convince yourself that you have a rough idea of the ideas.

“You sort of understand it. You then close the book and you find that it all drifts away; and it’s slipping away because it’s no longer part of the common-sense world,” he said. “And if you now turn to high energy physics and atomic theory, you are in deep trouble.”

He added: “Modern physics is utterly incomprehensible. It’s a revolutionary shift – where explanations work beautifully, but they’re not within our normal common-sense understanding.”

But where physics goes, biology often follows: “And I sometimes wonder if the complexity of living organisms and the way they work will also lead to strange and non-intuitive explanations,” he said. “I don’t really know what I’m talking about, but I sense that something is there.”

After the seminar, we recorded a video interview with Nurse (linked here) on the role of agriculture in the government’s new Industrial Strategy, announced last month, and on how best to focus policymakers on the importance of food production and food security.