THE RISE OF THE GENOMES

There is one place in sunny California that regularly becomes a hub for researchers in agricultural genomics, where they gather for five days every January to share the latest scientific discoveries and technological breakthroughs, write Asier Gonzalez and Keywan Hassani-Pak.

This oasis is the Plant and Animal Genomes conference, an international meeting in San Diego that has become the biggest event in the field since it started 26 years ago. This year, there were more than 3000 delegates at PAG XXVI, a huge audience to share our work with and, more importantly, to hear how others are tackling the problems of food security and quality.

Interestingly, around 75% of the delegates work on plant species. And those species are a most diverse range indeed, from massive centenary trees to African food crops that we had never heard about before.

Yet, as plant scientists, we are all trying to do the same thing. We are searching for alleles that confer resistance to extreme weather or new diseases, that improve the quality and yield of crops with fewer inputs. 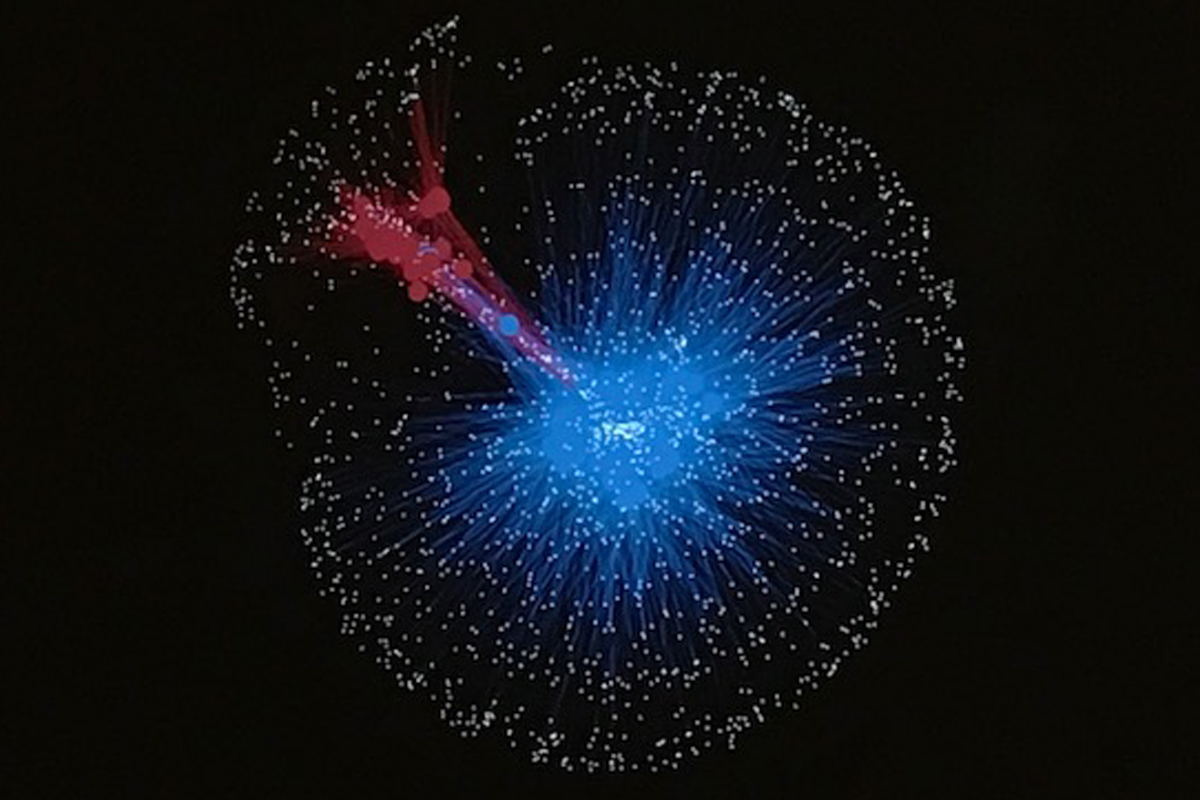 Not only plants: captivity humanises the primate microbiome, concludes Dan Knights, after analysing the gut microbiomes of wild monkeys, captive monkeys and humans, illustrating his point with this light show of a network of metagenomes

We are here because you never know where the inspiration to solve our research problems may come from. This is what makes PAG such a special event for us, and the things we found this year were simply mind-blowing yet inspiring at the same time.

Two workshops about wheat genomic resources were one of the most relevant finds for us as part of Designing Future Wheat, the five-year programme across eight UK research institutes and universities that aims to develop new wheat germplasm containing the next generation of key traits.

We heard that, in April, the International Wheat Genome Sequencing Consortium expects to publish the long-awaited (near-)complete wheat genome assembly, which will represent 94% of the genome. The assembly will be anchored in chromosomes of a quality equivalent to that in the Arabidopsis and rice genomes, and is expected to boost wheat research.

And it was exciting to hear that this milestone is not the end of the journey. The consortium is planning a Phase II to explore genetic diversity among 8 worldwide landraces, using exome capture and sequencing. The aim is to build a wheat “pan genome” that describes all the genes and genetic diversity of the species. Support is coming from the Wheat Initiative, created in 2011 to co-ordinate research strategically, through a 10+ Wheat Genomes Project.

In fact, “pan genome” was one of the most repeated phrases at the meeting, no matter the organism. The idea is to overcome the limitation of representing a whole species with just one genome from a single individual or from a single genetic background.

Hence, researchers sequence new varieties and landraces to build a reference genome, the pan genome, in which the core genes in a species can be identified as well as the accessory genes that are specific to a subset of varieties. This approach could become a revolutionary tool to identify genes that are essential for the species and those that offer some evolutionary advantage.

From the National Institute for Agricultural Research (INRA) in France, Etienne Paux highlighted how one-third of the diversity in wheat landraces is lost in modern varieties. Even more strikingly, researchers of the grass species Brachypodium distachyon reported that a single genome may include only half of the species’ genes.

Open Wild Wheat is another consortium that may be useful for the wheat research community. The consortium, with current members from the UK, Germany, Israel, the US, Mexico, Australia, India, Iran and Tajikistan, have sequenced 155 genomes of Aegilops tauschii, the progenitor of the wheat D-subgenome. They aim to reveal genetic variation to aid crop improvement.

In different fields, two particularly interesting sessions, Nitrogen Use Efficiency and Climate Change, highlighted new ideas to tackle old problems; one of them was early morning flowering as a strategy to improve resistance to heat stress.

From the Joint Genome Initiative of the US Department of Energy, Jennifer Spindel gave a fantastic overview of strategies for leveraging Big Data for the genetic improvement of rice and sorghum, including a comparison of Genome-Wide Association Study and Genomic Selection. Her slide, GWAS vs. GS, was one of the most liked PAG tweets.

Plenary speakers are often the most stimulating talks in conferences, and PAG 2018 did not disappoint.

From the Agricultural Research Service of the US Department of Agriculture, Edward Buckler presented the history and future of plant breeding: “Breeding 4.0? Sorting through the adaptive and deleterious variants across crop genome.”

Doreen Ware, also from USDA-ARS, gave a great keynote on the rise of the genomes and the importance of open-source software and integrated resources to advance scientific discoveries: “Challenges and opportunities for agriculture in the era of Big Data.”

A plenary talk by Bruce Whitelaw, from the Roslin Institute, described genome editing and its potential for the livestock industry: “Genome editing technology set to accelerate livestock breeding.”

A fascinating plenary by Gloria Coruzzi, from New York University’s Center for Genomics and Systems Biology, highlighted the importance of time as the fourth dimension of gene regulatory networks: “The 4th Dimension of Gene Regulatory Networks: TIME.”

But the person who probably shook the audience most profoundly was Liang Dong, from both the Department of Electrical and Computer Engineering and the Plant Sciences Institute at Iowa State University: “Agricultural Sensors and Biochips to Advance Plant Phenomics and Smart Agriculture.” Dong develops biochips and wearable sensor technology, and uses these “plant tattoos” to obtain real-time measurements of water and nutrient movement in plants. Absolutely amazing!

Obviously, we did not go to San Diego only to listen to what others do but also to share the science that we do at Rothamsted.

Gancho Slavov, leader of the statistical genetics team, presented his work on genomic prediction on the biomass crop Miscanthus.

Keywan Hassani-Pak, head of bioinformatics, introduced KnetMiner, the data mining and visualisation software. It was developed at Rothamsted to help plant scientists trawl diverse biological databases for clues to design better crops and can now support less specialist users and across a range of disciplines, including human disease research.

Steve Hanley, leader of the genomics team at Rothamsted, chaired a workshop on Forest Tree genomics. Meanwhile, bioinformatician Asier Gonzalez presented a poster about the analysis of a gene expression experiment to study the effect of nitrogen in wheat senescence.

Apart from that, it was a great opportunity to meet collaborators and fellow researchers from all over the world, from New York to Norwich to Manila, and exchange ideas to link our research and software better.

Finally, one thing that makes the PAG meeting special is that it always finds room for projects and communities that are just starting up.

One such group was the African Orphan Crops Consortium. The consortium introduced an exciting project to sequence 101 African orphan crops that are very important regionally but do not have any genomic resources yet.

Another was the workshop, Cannabis Genomics – Advances and Applications. This outing requires the scientific community, governments and funding bodies to forget their prejudices, if they have any, as they study this plant to maintain its medicinal properties while reducing its psychoactive effects.

And in the hurry to move between rooms to listen to another very interesting talk, there was time to catch the fascinating story of a project at the University of Lausanne. The project transformed the study of somatic mutations between old and young branches of a 234-year-old oak tree into an outreach scheme in which people from the local community are taught about the research and learn how to extract DNA from the tree.

That was really inspirational, taking science to the street or, more accurately, to the forest.

• Protocol for DNA extraction from single insects
• Released Supernova 2.0 software
• It is being used to sequence bread wheat and the software is being developed to remove the current limitation that it can only be used with diploid organism

• You can watch all presentations here 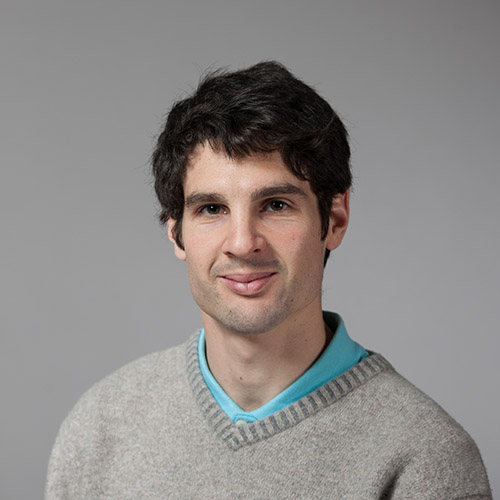