A DAY IN THE LIFE OF DR JOZSEF VUTS

As a member of Rothamsted Research’s Chemical Ecology group, there is never such a thing as a dull day!

The diversity of chemical messengers between plants and their pest insects is so vast that the study of these interactions requires a day-by-day cooperation of chemists and ecologists. The chemical ecologist therefore gets “initiated” in both disciplines and eventually becomes a hybrid between the two, while retaining the primary expertise. The dynamically expanding field of chemical ecology has already enhanced crop resistance against pests and tackled vector-related medical issues, such as diseases transmitted by blood-sucking insects, via studying the insect sense of smell.

Trees are constantly attacked by a wide variety of organisms, among which insects have a prominent role as being one of the most destructive. We just need to think of the emerald ash borer (Agrilus planipennis), a green jewel beetle native to eastern Asia, currently decimating North America’s ash forests, or bark beetles that pose a threat to timber production worldwide. It is difficult to control such insect pests, mostly due to their cryptic life style. However, volatile chemicals and pheromones released by trees are proving to be efficient in the battle between pests and forestry. Volatiles (chemicals in a vapour form) and pheromones (chemical substances which transfer information among members of the same organism) also offer environmentally sound solutions to tree pest problems, because they operate in a non-toxic mode of action.

Acute Oak Decline is a new disease that affects, and can cause the death of, native oak trees in Britain. Affected trees have vertical, weeping fissures that seep black fluid down the trunk, and decaying lesions in the live tissue beneath the bleeds. The high co-occurrence of the native two spotted oak buprestid beetle (Agrilus biguttatus: pictured) and various species of bacteria suggest that these agents play a role in Acute Oak Decline.

In collaboration with Forest Research, other research institutions and private companies, my colleagues and I at Rothamsted are currently examining the chemical signalling of oak trees when attacked by the two spotted oak buprestid beetle and the community of associated bacteria, in order to understand Acute Oak Decline.  This research allows me to work on unravelling the ‘smart’ ways oak trees signal the presence of the wood-boring beetle (herbivore) to its natural enemies, or specific pathogen-herbivore interactions, through leaf and bark volatiles. During a DEFRA-funded project, we figured out how the beetle locates oak trees by the use of tree volatiles, and now we are investigating such interactions in more depth. We are also studying its pheromone biology, in the hope of developing a control tool for the forestry sector to mitigate beetle damage. 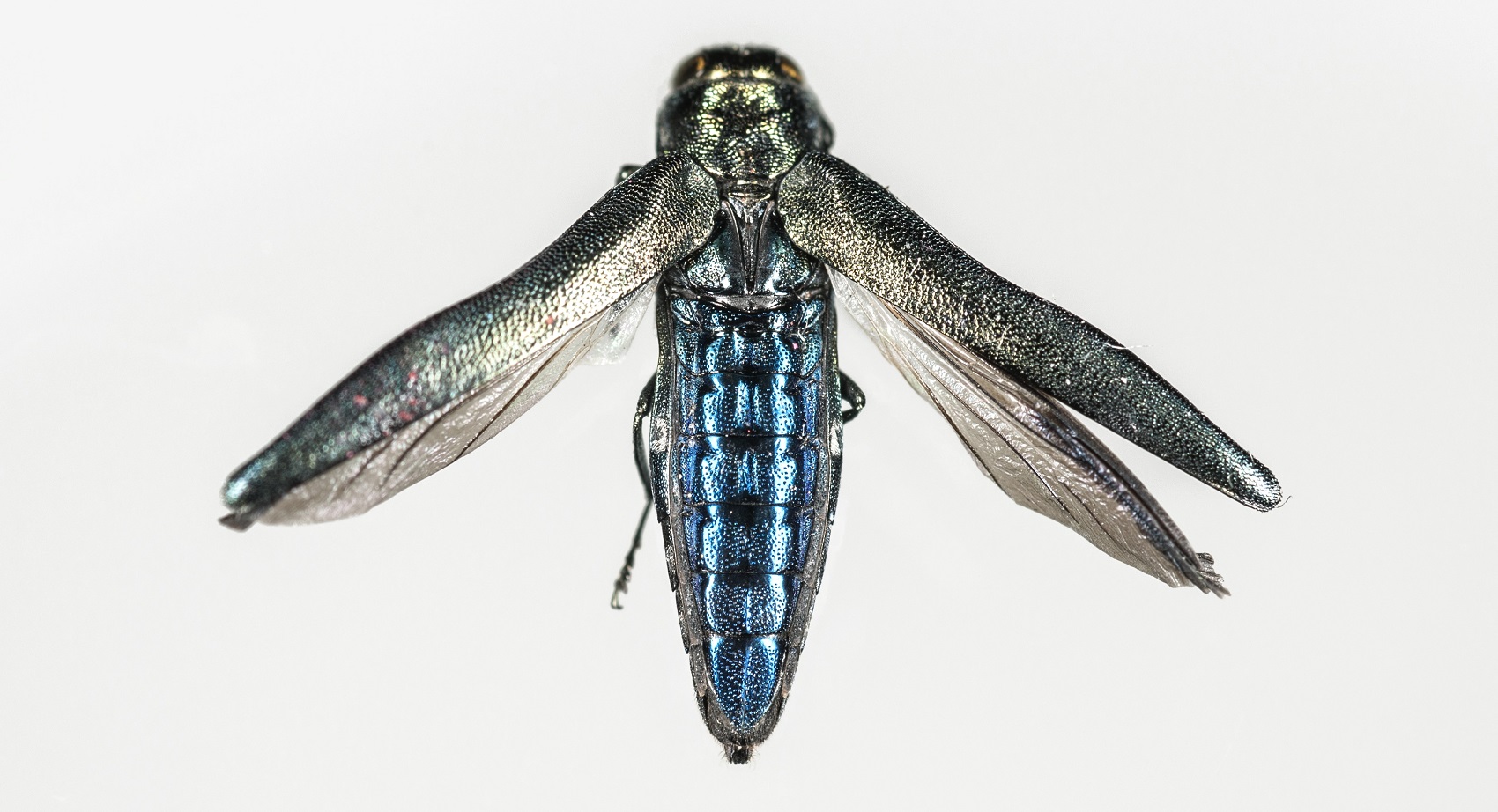 An equally fascinating research area I am currently studying is the chemical ecology of the rhizosphere - the region of soil in the vicinity of plant roots. It has long been known that plants ‘talk’ above the ground. They send volatile chemicals to their neighbours to warn them of danger, such as herbivore attack, as well as to ‘call in’ the herbivore’s natural enemies. Such stress signals can also be used in the soil, and we now have strong evidence that aphids, which are among the most destructive insect pests on cultivated plants in temperate regions, can trigger defence responses between individuals of the same plant species by root communication!

We, in collaboration with researchers at the Institute for Sustainable Plant Protection in Naples, Italy, are currently trying to identity the chemical messengers allowing root communication. Knowledge of the chemical messenger has the potential to open up novel ways of tackling pest problems, based on induced defence signalling. This happens in plants when an attacking organism is detected, which triggers specific responses, including the attraction of the attacker’s natural enemies by volatile chemicals. To isolate and identify such elusive underground chemical substances more easily, I am developing a new method to sample the chemistry of the rhizosphere. This will, hopefully, lead to a rapid diagnostic tool that helps us assess soil processes linked to root metabolism and plant health. 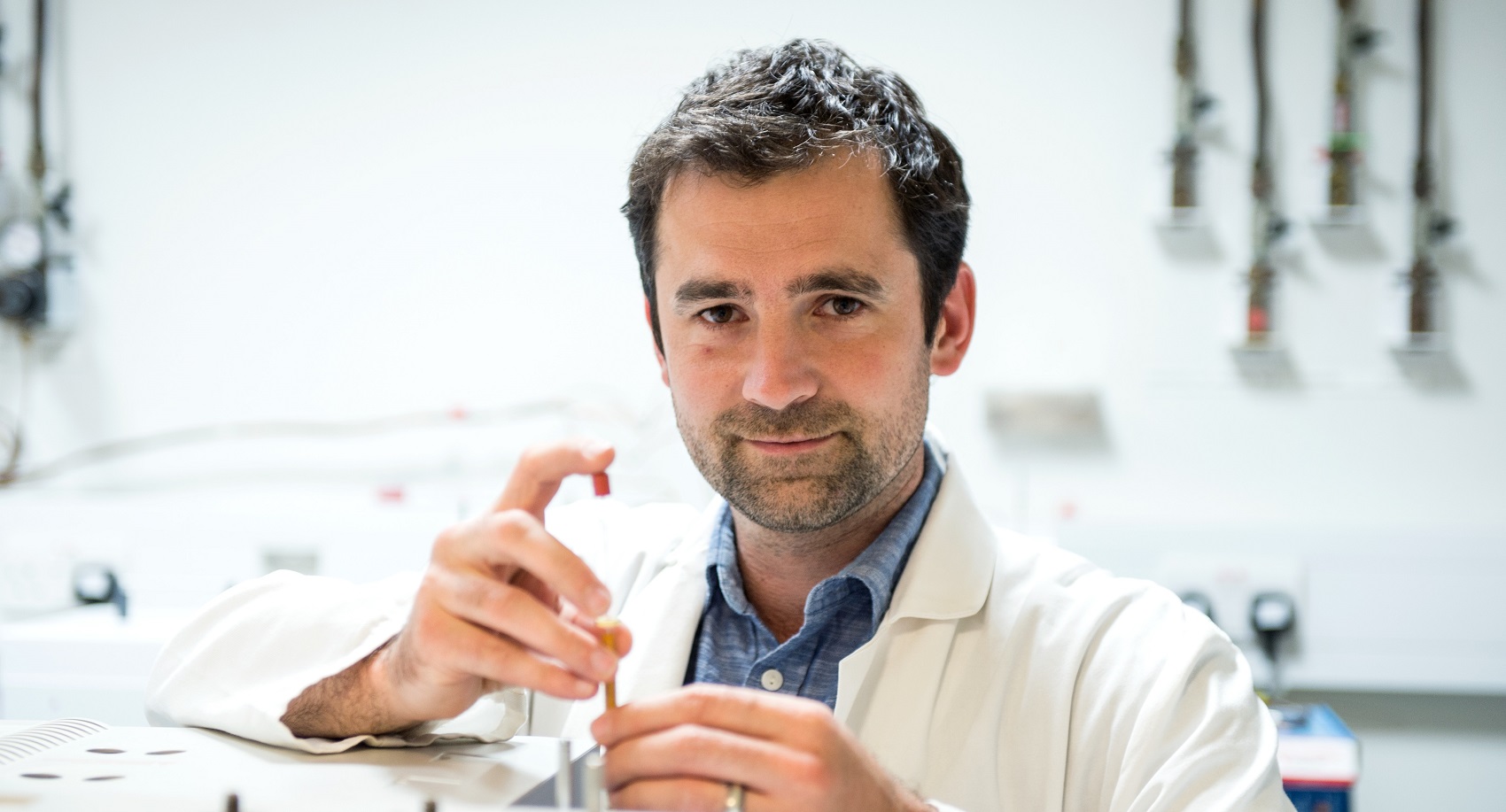 You may be asking, what got me here today?

Well, I received my PhD in ecology in 2010 while based at the Applied Chemical Ecology Department at the Plant Protection Institute, Budapest. There had fortunately been a strong emphasis on chemistry education at the university, so the main techniques to analyse chemical extracts from study plants and insects were not alien to me. I then decided to leave Central Europe for the UK. The motivation was, on the one hand, personal - I followed my heart; and professional on the other - l wanted to work for one of the world`s best research institutes in chemical ecology. I was awarded an early-career fellowship by the Hungarian state that allowed me to come to Rothamsted and study the chemical language of scarab and bruchid beetles, serious agricultural pests worldwide. The study species included wheat-attacking Anisoplia chafer beetles and the bean beetle, Acanthoscelides obtectus, a pest of stored legumes.

To get a better view of the scale of the problem caused by these insects and to understand more clearly their pheromone biology, a Royal Society Travel Fellowship took me to Brazil - the native range of some of the study species. This research project and trip to Brazil allowed me to describe the complete sex pheromone composition of the bean beetle. The work also revealed that beetles in Brazil and in Europe, to where they were later introduced, produce similar pheromone blends. This may have major implications about the use of the synthetic pheromone against beetles, which will be further studied during future collaborations.

I feel very lucky to work on these fascinating projects, because they have the capacity to deliver sustainable plant protection that meets the demands of the 21st century. I am also privileged to be a member of a dedicated and highly efficient team! 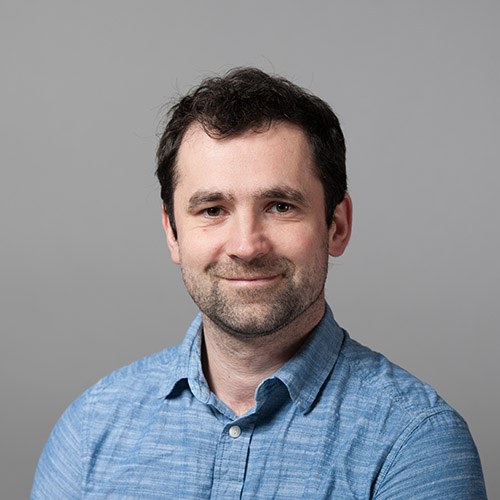