A DAY IN THE LIFE OF DR ALISON CARSWELL

On a soggy mid-Devon morning you can find me at the grassland site of Rothamsted Research North Wyke. I’m working on an experiment looking at nitrogen uptake and losses from different nitrogen fertilisers. After getting kitted out in wellies and full waterproofs I jump in the land-rover with Karen, a colleague who works on the same project, and we head out to the field site. Normally this is a pleasant grassland field with far-reaching views of the tors on Dartmoor, although there’s nothing to see but low cloud today.

The reason that we are heading out today is nitrogen, one of the building blocks of life. We are surrounded by this gas in a state which science generally terms ‘unreactive’ -  it makes up 78% of the air we breathe. For the growth and development of plants and animals we require nitrogen in a ‘fixed’ or ‘reactive’ form. Until the discovery of the Haber-Bosch process, in the early 1900s, we only had access to naturally occurring sources of reactive nitrogen, such as animal manures, for food production. The process, which converts unreactive nitrogen to reactive nitrogen fertiliser has been instrumental in feeding the world’s population since the end of the Second World War.

Unfortunately, not all of the nitrogen fertiliser that we put on our fields ends up in the food that we, and our livestock, eat. Instead much of this ‘reactive’ nitrogen ends up in the surrounding environment, which can lead to a number of consequences such as reducing species diversity, causing algal blooms, production of powerful greenhouse gases and degrading air quality. However, we can minimise our losses of reactive nitrogen from agriculture via a variety of methods such as optimising the timing of nitrogen fertiliser applications to avoid rainfall events and covering bare soil in the winter with cover crops. There are also new and innovative ways in which we can minimise losses and potentially improve the nitrogen use efficiency of farming systems. This is essentially where my research is focussed. I work as a member of the UK-China joint Centre for Improved Nitrogen Agronomy (CINAg) funded by the BBSRC-Newton Fund. The aim of the Centre's research is to reduce nitrogen losses from agriculture and improve nitrogen use efficiency in both the UK and China.

Fortunately for me on this overcast day the rain actually makes our trip more interesting as I’m hopeful we will capture the first flux of nitrous oxide emissions, a really important nitrogen loss to measure from the soil following fertiliser application. Although it usually forms a small percentage (less than 1%) of the total nitrogen lost from fertilisers, it is a hugely important greenhouse gas with almost 300 times the global warming potential of carbon dioxide.

Whilst Karen is busy collecting nitrous oxide samples, I’m collecting our ammonia samples which have been collecting in acid traps over a 24-hour period. As I collect each sample I replace it with a fresh acid trap ready for collection again tomorrow. In agronomic terms ammonia is often a greater nitrogen loss than nitrous oxide, especially if you are using the commonly available urea-based fertilisers. Although ammonia is not a greenhouse gas (it doesn’t have a warming effect), it does have some fairly damaging impacts on the environment such as acidification (a chemical reaction which increases the acidity of a waterbody) and eutrophication (excessive run-off of nutrients into a waterbody, causing dense plant growth). Particular forms of ammonia can also cause human respiratory issues, and affect visibility.

As well as gas sampling, I also make meteorological observations, download soil temperature and moisture data from the sensors I’ve buried into the experimental plots, and take soil samples for analysis of soil nitrogen back in the lab. After a couple of hours in the field all the samples are collected and observations taken, so we can head back to the lab to dry out and process the samples.

In the lab the soil samples are shaken with a solution that targets ammonium removal and the soil/soil solution is filtered and analysed for ammonium and nitrate concentrations. Once the data comes back from the on-site lab, I examine it and determine which have been our significant pathways of nitrogen loss. After we harvest the grassland plots, I can analyse the herbage samples and determine which nitrogen fertiliser performed best with regards to total yield, the amount of nitrogen the crop was able to take up, and what was potentially the best performing nitrogen fertiliser under the conditions examined.

The field trial I worked on today contributes a small but important part to our understanding of how different nitrogen fertilisers can perform with regards to nitrogen losses and the uptake of nitrogen by crops. In combination with other trials conducted throughout the UK with our project partners, we can build a dataset which demonstrates how grassland management can be adapted to minimise nitrogen losses.

Moving forward with CINAg, I have more work to do looking at techniques which may improve the use of organic wastes, such as digestate, as fertiliser; examine how legumes crops like clover, that naturally fix atmospheric nitrogen, can contribute to, or substitute, commercial nitrogen fertilisers; and designing laboratory experiments to better understand the mechanisms behind these processes. Now the day’s field work is done and it’s stopped raining, so I think I’ll head out for a walk in the beautiful lanes that surround the North Wyke farm and I can start planning tomorrow’s field work. 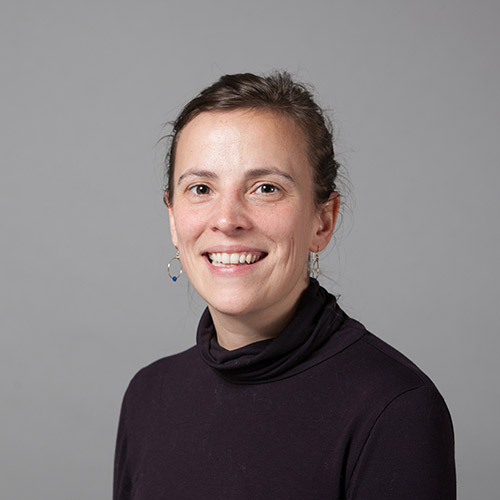